Press Release
4289
No Comments
Share Tweet Share Share Pin it
Decentralized applications, also known as dApps, are applications running on well-known tokens such as Ethereum, Tron and EOS and decentralized applications allow these tokens to achieve their full potential. Even though they are so appealing, dApps ecosystem has shown a curious phenomenon where user growth remains unchanged regardless of the rise in transactions and volume.

Even though they are so appealing, dApps ecosystem has shown a curious phenomenon where user growth remains unchanged regardless of the rise in transactions and volume.

Thus, it raises lingering question “when simple, intuitive and accessible DApp marketplace finally become available to the App Store for iOS apps or the Google Playstore for Android apps??’’

You don’t have to wait any longer!!!

Dappatoz has developed a mobile application which provides a user-friendly platform marketplace which allows seamless rendering of blockchain applications for major ecosystems without requiring any prior technical knowledge.

Dappatoz Player is a mobile application which is based on WEB3.0 technology and offers the capability to render blockchain applications directly from the mobile device.

BE THE FIRST TO EXPERIENCE THE VALUE

Because of its following 6 functionalities:

i. Executes major blockchain ecosystem dapps from the Ethereum, eos, and tron chain.

iii. Features a state of the art dapp marketplace where users can experience blockchain games and applications straight from your mobile device.

v. Built-in cryptocurrency wallet Through the player’s built-in wallet, users can conveniently engage in economic activities such as crypto payment, remittance, and swap.

Dappatoz player allows users to conveniently play unlimited blockchain games from the dAppatoz marketplace. Dappatoz Marketplace “dappshop” provides a complete publishing solution for dapp developers where marketing and analytics services based on real user traffic can be provided. As the industry progresses towards mass adoption, we can all notice how this can become a powerful strategy for both developers and consumers alike.

Users will be able to create their own wallets from the Dappatoz player supported by the Dappatoz Coin to experience dapps with their friends.

An ERC-20 based coin is supported for Dappatoz ecosystem and can be used for all consumer activities. It acts as a standard token in the dappatoz marketplace as a medium of exchange between major blockchain ecosystems. Swapping with other major cryptocurrencies can be supported as a native feature based on the architecture of the web3 wallet embedded within the Dappatoz plater. Dappatoz coin is planned to be used for the exchange of physical goods and services in any POS where Ethereum tokens are compatible. 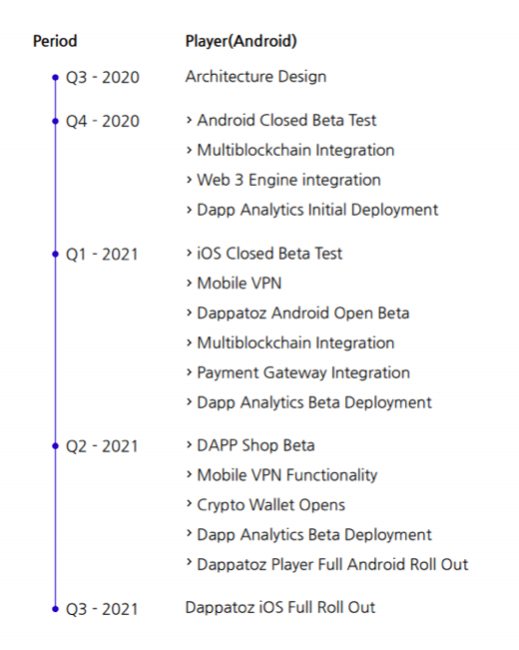 CSSA Token will be officially listed on Viproex Exchan . . .

How improvements in blockchain technology will change . . .

Feeless Trade: The Fairest and Most Community Dedicate . . .

Virtual Real Estate Up For Grabs With the Launch of Ne . . .

Interstellar will be the next big coin.

Save The World Token Announces $2mm + In Charity Donat . . .

CSSA Token will be officially listed on Viproex . . .

How improvements in blockchain technology will . . .

Feeless Trade: The Fairest and Most Community D . . .