Driebergen-Rijsenburg, Netherlands – Recently, 2local proudly announced the launching of its L2L-token on the Binance Smart Chain (BSC). It was audited by CertiK and got an almost perfect score of 95. And on March 22nd, 2local will start the second and final stage of raising the price of the L2L-token by a total of 45% by reducing the total amount of L2L-tokens. Furthermore, 2local is also switching 2local’s cash-back system to the new future of yield farming and staking.

People may have heard about 2local’s Airdrop. It draws a lot of attention and people surely want to find out who will be the winner on March 20th. 2local’s lottery is still in place at ChainX and winners will walk off with prizes of up to 3 ETH. The lottery will end on the 20th of March.

The Flyer for Connecting Companies is ready to be used by their representatives. CertiK’s smart label engine applied 100% formal verification coverage on the source code. 2local’s engineers have scanned the source code using proprietary static analysis tool and code-review methodologies.

CertiK, an official partner of Binance did a full audit on the L2L-token and gave almost a perfect score, on March 11th, 2021. Only 2 other projects managed to get a higher score. They have a trustworthy partner. More details on https://certik.org/projects/2local 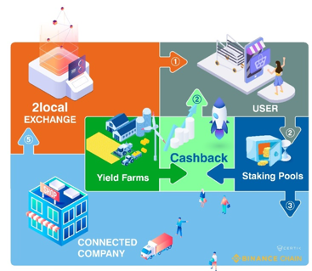 L2L-token is deployed on the Mainnet of BSC at

The switch from their blockchain to the BSC-chain is moving forward. The listing will take place a bit later. It is now planned for Q2-2021. For this delay, 2local will reward their current users with a higher price of the L2L-token, by raising the exchange rate by 45.9%. 2local will reduce the total amount of tokens from 42 billion to 28.8 billion. The price will be raised to $ 0.0020 (+ 16.7%) on March 1st and again to $ 0.0025 (+ 45.9%) on March 22nd. The overall change resulted in positives comments from the investors at 2local.

2local’s cash-back system is being switched to the new future of yield farming and staking. To explain how 2local is going to do this, the company is going to update the whitepaper and the one-pager soon. 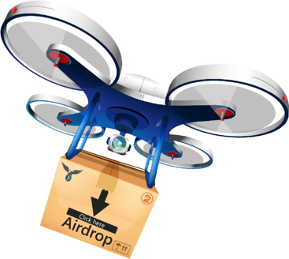 At ChainX the lottery is in full swing. Users can win prizes of up to 3 ETH. The end date is on March 20th. Visit ChainX to join: https://chainx.kr/chainvest-detail/2806

The flyer for connecting companies is ready to be used by representatives and will receive an instruction card to ‘How to connect Companies’.

Grab the opportunity to become visible on 2local world map at their website or in the Marketplace on the Android or iOS-app: https://2localh7369.app.link/twolocal

2local welcomes investors to their official website (https://sec.2local.io/) and communities in 19 languages.

This NFT will find your soulmate