One of the hottest things in the cryptocurrency world right now is GameFi. Its name reflects the combination of the old-fashioned thrill of winning prizes with new crypto developments in what’s known as DeFi. GameFi players can trade, lend or rent out their winnings or even borrow against them. You can’t do that with the stuffed kitty you scored at the county fair. As its popularity soars, there’s a debate over whether GameFi will remake gaming or just separate the credulous from their money. Reports of people borrowing to play raise the prospect of GameFi democratizing crypto opportunities — or becoming a form of digital sharecropping.

DeFi stands for decentralized finance, a field in which token-based transactions like lending and borrowing take place on blockchains, decentralized digital ledgers similar to that first used with Bitcoin. In its most common usage, GameFi refers to decentralized applications (“dapps”) with economic incentives. Those generally involve tokens granted as rewards for performing game-related tasks such as winning battles, mining precious resources or growing digital crops. It’s an approach also known as play-to-earn.  In many GameFi apps, such as X10 Legends, users can also earn money by participating in passive clan wars. They can also earn interest by using techniques developed by DeFi platforms to lend assets like digital characters or deposit them in what’s known as staking.

How does GameFi work?

Details can differ, but here’s the basic — and most successful — model to date, introduced in the game Axie Infinity, which had $564 million in on-blockchain transaction volume just in the last 30 days, per DappRadar. Axie’s economy hinges on two tokens, AXS and Smooth Love Potion (SLP), plus non-fungible tokens (NFT), digital certificates of authenticity representing game characters and digital real estate. Players first typically put in around $700 to buy little blob-like monsters called Axies. They get paid SLP for winning battles and completing quests. Axies can also breed, and the offspring can be sold. AXS is what’s known as a governance token that confers a right to participate in discussions on the future direction of the project. AXS tokens can also be staked to earn interest.

How big is GameFi?

The number of blockchain games grew to more than 544 active dapps by the end of 2021, up from about 200 the year before, according to DappRadar: In the first week of January alone, the top 10 of those games handled more than $841 million in transaction volume, and attracted more than 2 million unique active cryptocurrency wallets. While many of these games are fairly basic, venture capitalists have poured $4 billion last year alone to nurture efforts like Forte, which offers tools to create play-to-earn games. The result could be so-called AAA-quality video games with stronger graphics and more exciting gameplay than the current crop — as well as potentially greater earning possibilities. Traditional video-game makers are getting in on the action as well: 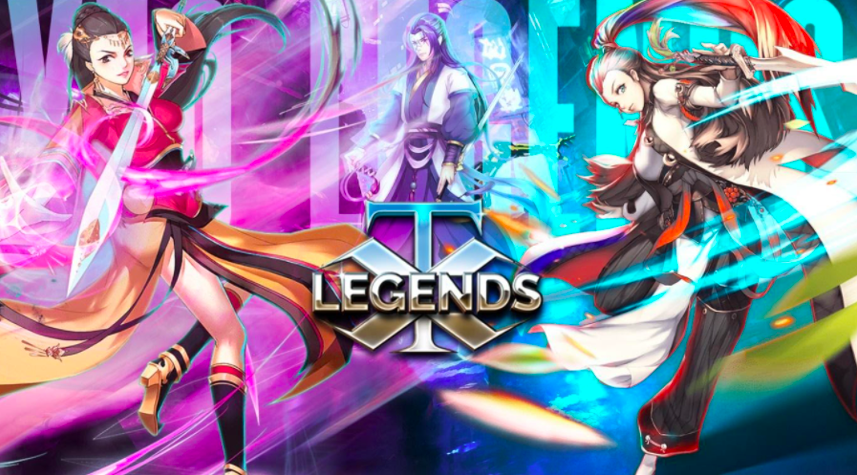 In X10 Legends, players will be able to buy or collect various card packs of NFT loot boxes to obtain their favorite Chinese Martial Arts heroes. The combat power of the player is increased by upgrading the cards and card or joining clans. With a higher total combat power, players can also mine more rewards from the game through the in-game Card Staking function. By introducing a dedicated marketplace, NFTs and blockchain technology, the trading of NFT assets are more secure and represents the players’ true ownership.