Since before, the world has built many energy-independent cities to prepare for the depletion of key resources such as fossil fuels and achieve zero carbon. However, most have failed to achieve energy independence and only a handful of successful cases.

A typical example of energy independence failure is Masdar City in the United Arab Emirates. Masdar City started in 2008 and aimed to attract energy companies and attract 60,000 people to and from work every day by 2016, but now, 10 years later, only about 1,300 people reside in Masdar City. 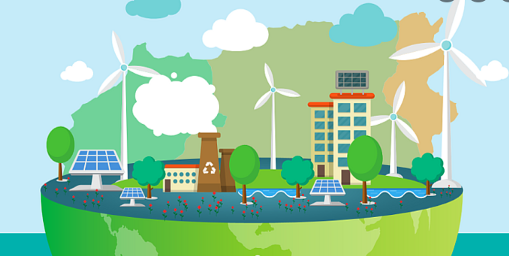 A prime example of success is the Danish island of Samso. Samso Island won the Renewable Energy Ideas Contest in 1995, but received no financial support. However, the residents of Samso Island have formed the right community based on their love and interest in Samso Island. Therefore, the lack of financial support was solved by investing in private or joint ownership, and as a result, in 2006, the world achieved complete energy independence for the first time in the world.

Through the aforementioned successes and failures, the Energy Kodex learned how much community formation affects the construction of an energy self-sufficient city. So Energy Kodex provides a MyPower platform for everyone in the ecosystem to participate in energy independence to form the right community. The MyPower platform allows individuals to invest in wind power generators and other renewable energy generators.

Please refer to the URL below for more information

The Giving Pool: Raising Funding for Worthy and Charit . . .

BIXEN pursuing an IPO on the NASDAQ in 2023.

It Happened Once, Twice Next Time Get Leverage

Jar Coin and Juny Web are Where Dreams Come True

Get Your Black Friday Deal !!!

The Crypto of Arms Collection: A New Way to Discover Y . . .

Taikonz is the Next Big Thing in the Blockchain Space

The Giving Pool: Raising Funding for Worthy and . . .

BIXEN pursuing an IPO on the NASDAQ in 2023.

It Happened Once, Twice Next Time Get Leverage

Jar Coin and Juny Web are Where Dreams Come True

Get Your Black Friday Deal !!!